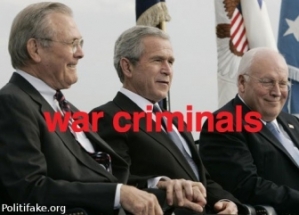 I realize this post may seem overdue or even obsolete. But considering that our particular moment in history tends to suffer historical amnesia, it seems appropriate to reexamine the story of the “Three Little Pigs”. Bear with me, ultimately this is a matter of bearing witness.

In my last post, I suggested that, as in Nuremberg in 1947 a special tribunal be set up to judge accused catholic bishops for their crimes against humanity (covering up the abuse of children by many priests -and some-nuns- over the years). Many of you approved of this idea -and for that I thank you.

But it doesn’t end here.

In this crazy world, there are war criminals that are out enjoying the perks of the high life, despite the fact that they are -at least in my opinion- stained with crimes against humanity. And yet they got away. They are free. Respected. Revered.

In this case I am referring to three dark souls who have used fear and deceit to lead the world astray. They have shaped a society that plays exclusively to their interest and is shackled to the power of the arms and oil industries.

These men have, under the pretext of protecting us, contributed to the death of hundreds of thousand of human beings -soldiers and civilians.

They triggered a downward spiral of the world economy that caused the biggest financial crisis of the last ninety years (more victims).

They violated international law, invading countries without any actual evidence.

They created illegal prisons where the “innocent until proven guilty” are tortured.

They willfully ignored the Third Geneva Convention and the War Crimes Act.

In 2004, in Rasul vs Bush, their own Supreme Court ruled against them: declaring that all prisoners have the right to fair trial.

So, as I did in the case of Catholic Bishops guilty of hiding the crimes of pedophile priests, I ask myself, “Is it not right to bring these men, whom I consider to be responsible for unjust war, violations of international rights and actual crimes against humanity, in front of a tribunal?

I am referring of course, to George W. Bush, Dick Cheney and Donald Rumsfeld.

But let’s not forget that this band of three -or as I like to call them- “The Three Little Pigs”, rely on several wretched and willing accomplices -namely, Condoleezza Rice, Colin Powell, Paul Wolfowitz and the ineffable John Yoo.

I am not crazy. I know very well that this will never happen. The Three Little Pigs will finish out their lives in peace, celebrated by their servile assistants, jesters and lackeys. 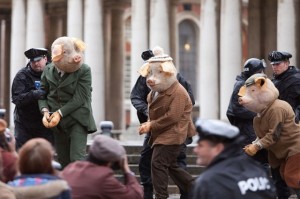 God, He Was Good 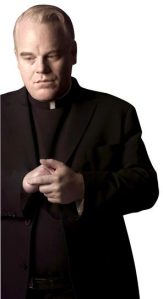 …and now is gone. One of the best around. An actor. No handsome. Not Athletic. But you believed what you saw on that screen.

God, you are good.