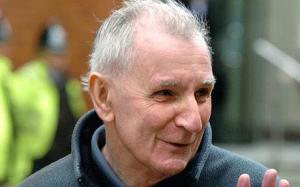 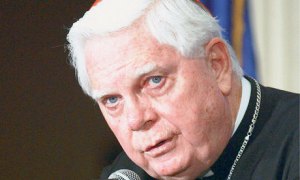 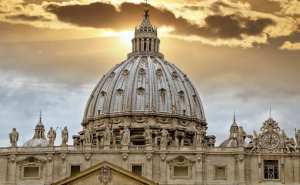 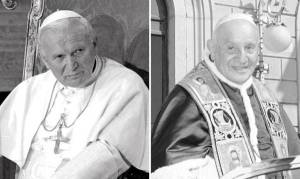 The canonization of both John XXIII and John Paul II will take place this Sunday, April 27, in Rome, and the event is expected to attract million of people to the epicenter of Catholicism.

Though both popes will be elevated to sainthood on the same day, their impacts on the Catholic Church and its more than a billion followers worldwide could not be more different.

I am not sure many people remember John XXIII, who after all, died in 1963. He was a stocky little man with a prominent nose and a gentle voice. he was considered a “transitional pope”, being 76 years old when he was elevated after eleven ballots to the Throne of Peter.

Regardless, during his short-lived papacy (just under five years), he did much to open the Church not only to the world but also to the future. In calling the Second Vatican Council (1962-1965), which he didn’t see completed because of his death in 1963, John XXIII shook the walls of a previously unchanging Church, essentially returning the individual human being to the center from the periphery of the Catholic vision as it was until that moment.

“We are all made in God’s image, and thus we are all Godly alike” was one of his teachings -an uncommon belief among his predecessors, where the supreme authority of the pope in all matters was unshakable.

The encyclical letter “Pacem in Terris” is not simply about peace. It is also (and especially) about human rights – about the dignity of man: the poorest, the forgotten, and the last. And this was more than fifty years ago.

I’ve written before that I consider John Paul II a pope that did damage to the Catholic Church.

His conservativism, his opposition to the opposition to the ordination of women, and his vision of a Church based on a sheltered and deaf perspective on the world (despite his frequent travels) all succeeded in alienating many that were ready to be embraced by the Catholic Church.

His appointing of conservative bishops throughout the world and his benevolence towards organizations like Opus Dei, Legion of Christ, Neocatechumenal Way and Schoenstatt, have served to push away those who are not part of such self-righteous way to see the Church.

The great popularity of Francis proves that people again wish to be part of the Church of Rome -a loving and open Church rather than one closer to the Middle Ages than our times.

I believe Francis is torn between the conservative forces that are still the predominant influence within the Vatican and his own vision of the Church of Rome (Just today news broke of a possible call he made to a divorced woman in Buenos Aires, telling her that she is doing nothing wrong in taking communion).

Francis is a Jesuit and by education is inclined to politics. Could this the reason he chose to make both John XXIII and John Paul II saints on the same day?

Is he trying to build a bridge?